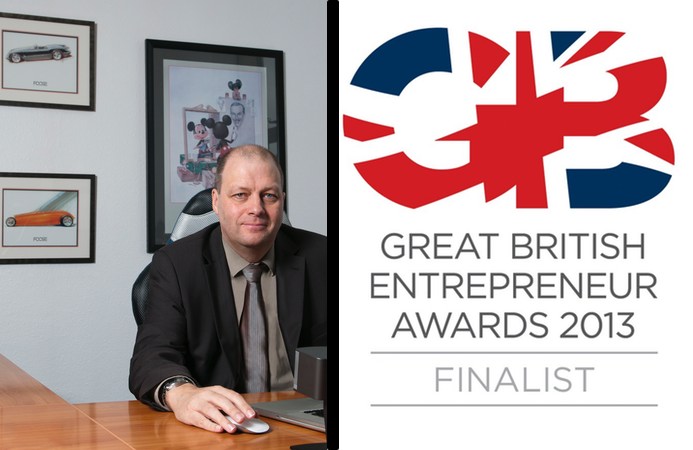 The Great British Entrepreneur Awards, taking place on the 19 November at the Grand Connaught Rooms in Central London, are set to become the recognised standard of excellence amongst entrepreneurs.

Kevin said “ it was a bit of a surprise, but i’m secretly very pleased, i’ve always thought the title “Entrepreneur” is not something you call yourself, but something others say about you and to hear it from such a well respected team of judges is very humbling”

Createanet recently celebrated its 15th birthday and is a typical dot com story. Starting in 1998 (in Kevin’s spare room), the company now occupies harbourside offices covering 2000 sq feet. During the 15 years, the company has had the pleasure of working with some of the best local companies, as well as major, high profile companies like Icon Movies, Sony Pictures, Lionsgate Films and more recently the FA; delivering the the FA Coach’s App.

Three years ago, Createanet set up a mobile app division, which has gone from to strength to strength and has now produced over 60 apps (many of which have been featured on Apple’s App Store). Their reputation for quality iPhone and Android apps have spread to the major cities across the country, and as a result you will find Kevin on the Paddington train at least once a week visiting clients in London… iPhone and iPad in hand of course!