Android vs iOS, the ongoing battle for users 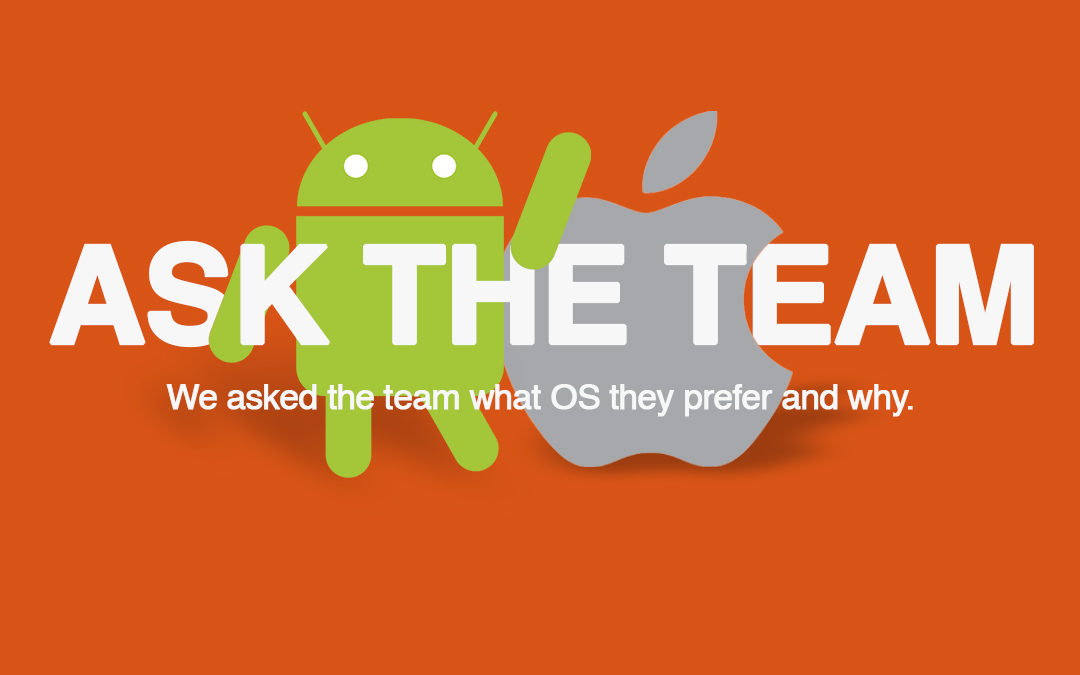 For many years after the original iPhone, iOS had the vast majority of smartphone users. In 2009 for every 10 iOS users there was only 1 Android. iOS pushed aside all the leading operating systems at the time such as Symbian, Rim and Microsoft. This played a big part in how the market, users and developers saw the OS. Developers gravitated to the iOS and its huge possibilities. Users then followed and so did the money.

It has long since been perceived that the majority of users are still using iOS devices. However, Android appealing to both ends of the market and a varying array of features and prices have seen the figures flip in Q2 of 2010 Android overtook iOS in their market share and have since continued to flip the stats from 2009 and as of Q2 of 2018, for every 8 Android devices, there is 1 iOS.

We decided to ask the team what OS they prefer and why.

Kevin King – Owner/Founder
“Personally, I prefer Apple/iOS, the main reasons are having been a long time user of my devices are connected to the Apple infrastructure so it makes sharing data and information easy as well as easy access to your music, films, photos from any device”

Kyle King – Studio Manager
“I used to prefer iOS growing up but in recent times I feel its lost its way and Android took over for me. More customisable and personal experience on Android.”

Joel Drew – Project Manager
“I have always been a fan of Android. I prefer its customisation, flow and features that Google brings to the OS, I’ve always loved the devices too. Some of which brought features years before Apple”

Matt Grundy – Senior Developer
“After using iOS for many years as my primary device, I’ve recently switched to an Android. I find the platform more flexible and able to help keep me organised with tailored news and relative information. And, with a much more flexible platform, apps are more interactive, user-friendly and more tightly integrated into the device.”

Adrian Russel – Developer
“iOS. I prefer how view controllers are created and displayed which makes it much quicker and more convenient to adjust the layout of an application and gives more freedom in presenting information.”

Mitch – Developer
“Prefer iOS, iPhone was first and I’ve been writing apps since the start, so stuck with what I knew – also iOS apps historically have monetised better”